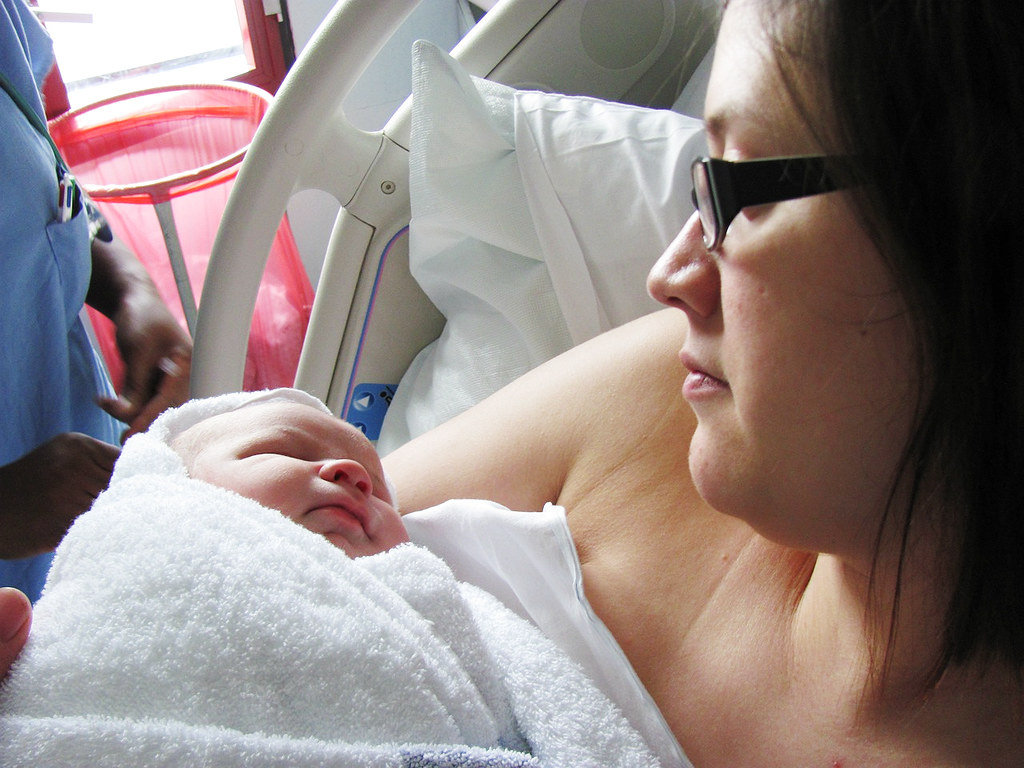 I’m 39 weeks into my second pregnancy now, so I’d like to think I know a thing or two about carrying a child and all the things that can happen, that no-one really tells you about!

I feel like I should make a little disclaimer if you’re a first-time mum reading this; pregnancy is a journey and it’s different for everyone. For me, I LOVE being pregnant. For all the little, funny, perhaps less enjoyable things I’m about to tell you about, there’s nothing like growing and carrying your child. A small human being that you’ve made! It’s special and honestly, seems like a miracle at times. So, I guess what I’m saying is – don’t let this put you off!

You could be prone to hyperpigmentation in areas you hadn’t even thought about.

If you’re pregnant, you’ve probably heard all about linea nigra and you may even be aware of the dark skin that can appear on your face, affectionately known as the “mask of pregnancy.” And it’s common knowledge that your areola, the area around your nipples, can get darker too, so baby can distinguish where it needs to go for it’s milk. The human body is very clever indeed! But did you know you can get darker patches of skin in your armpits? Your armpits?! What’s the need, Mother Nature? Freckles, scars and even the skin of your genitals can become darker for a short while too.

If it’s not the constant urge to wee keeping you up at night, it’s those bloody leg cramps.

How is this fair? You’re about to forgo sleep for weeks, months or even years when your impending arrival is here, so now should really be the time to indulge in a bit of shut-eye, but your body has other ideas. And if it’s not leg cramps, it’s painfully numb hips and buttocks that mean you have to roll over every hour. Talking of which…

Rolling over in bed is practically an Olympic Sport.

I’m not sure it can really be called ‘rolling’ at this stage as it can’t be done in one swift movement.  Not without feeling like you’re going to slip a disc, anyway. It’s more of a shuffle, until you’re facing the opposite way; the 3-point-turn of sleeping (except it’s more like 30 than 3) and usually involves a lot of grunting as you do so.

It’s not just the hair on your head that becomes thick and luscious.

Your skin is glowing, your hair is growing and you’re moulting less. Mama, you are on fire! If the hair on your head is in abundance, then it may mean the rest of your body takes a cue from it too (and I don’t mean your genitals!) Your bump. Your belly. It was probably always covered in very fine hairs like most of your body, except now they can be seen by the naked-eye. Ta, hormones. 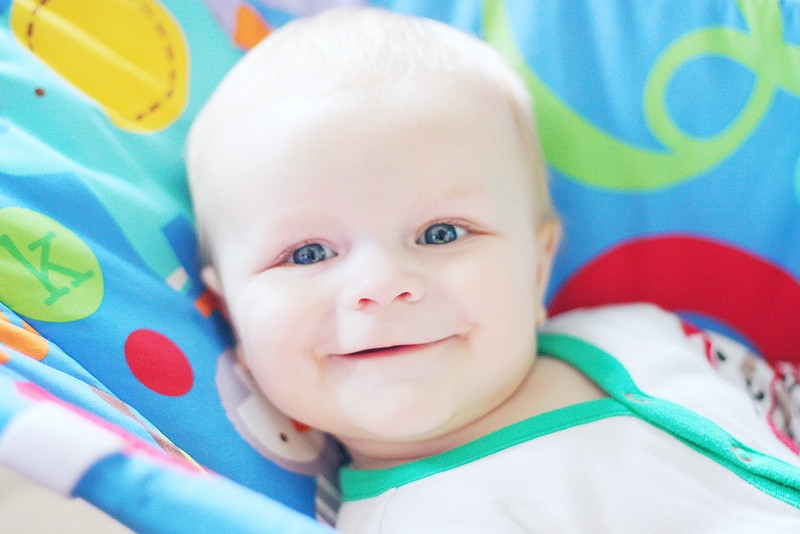 Being pregnant is not always easy and magical.

Okay, so there is a certain sense of magic about creating and cultivating human life, but pregnancy itself is not a walk in the park. You can feel sick, be sick, have trouble walking, waddle, develop gestational diabetes, be emotional from one extreme to the other, be constantly hot, feel unmotivated, hate your changing body, have swollen hands and feet, get tired doing the most simple tasks, lose some of your independence because there are things you can no longer do… it’s life-changing both physically and mentally, even if just temporarily. No two women are the same and neither are two pregnancies. Some women love it, others hate it. Don’t beat yourself up if you’re not enjoying it. It doesn’t make you less of a lovely mother-to-be, if you’d rather not be sick and have your body and lung capacity back to yourself! 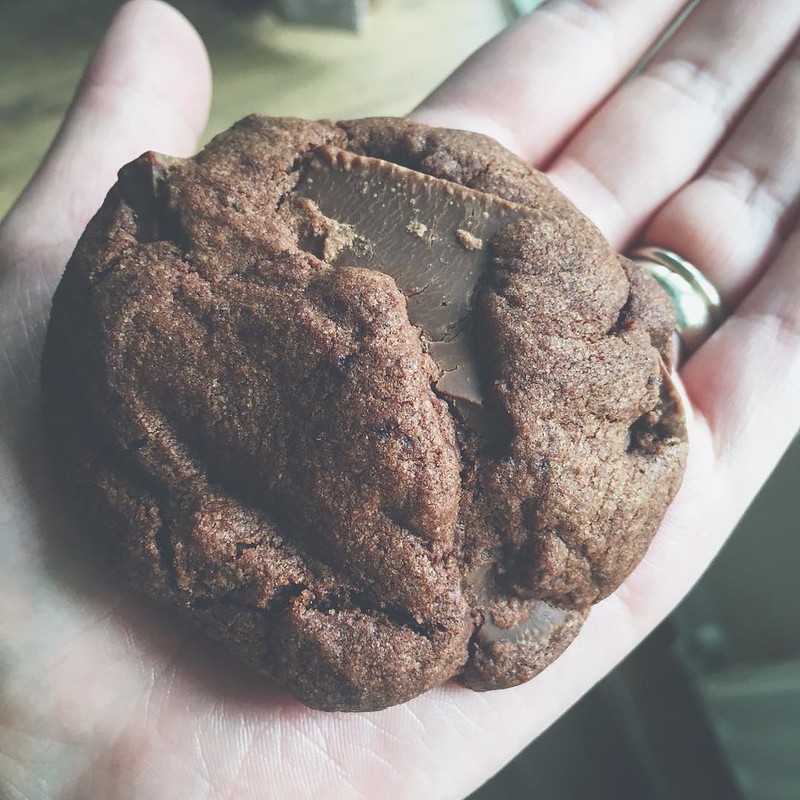 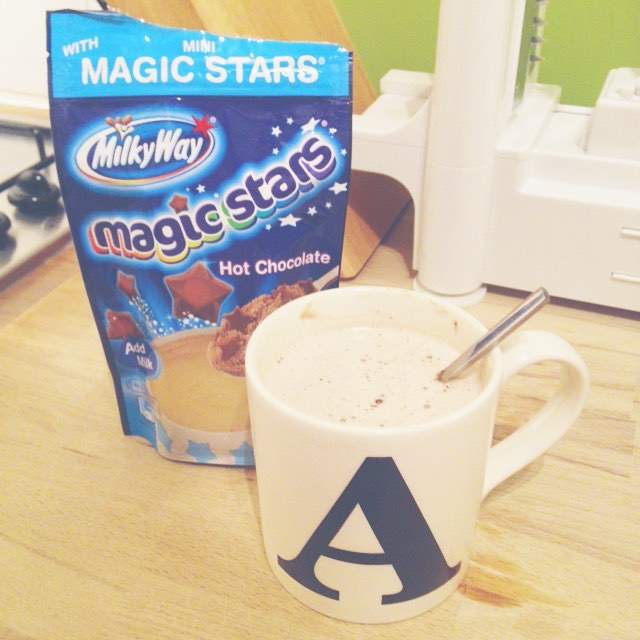 It’s easy to wonder what your cravings will be— carrots and jelly? Once a Marmite hater and now a lover? Coal? Chewing on a wet flannel?! Your cravings won’t always be unheard of. Sometimes, mama just wants fried chicken or an Indian takeaway. Or a healthy salad and all the fruit. Or— shock— you may not have cravings at all!

In my experience, this has never come from a bad place. I think it’s small-talk; perhaps a waitresses way of acknowledging that they can see you are indeed with child, as they seat you at your table or another mum making idle chit-chat at the school gate. I never take any kind of “Wow, you look like you’re ready to pop!” or wide-eyed look at my tummy when I reveal I still have two months left, as an insult. Instead I like to think they’re commenting on the big, healthy, delicious baby in my tum! 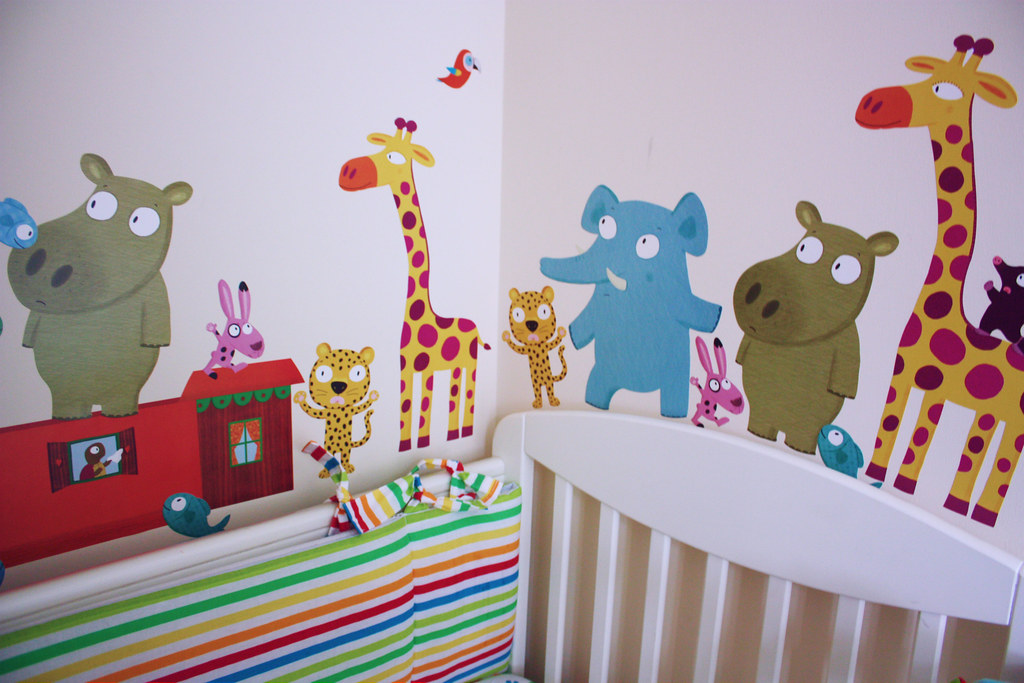 Nesting is totally a thing.

I’ve never consciously thought “I must tidy up and/or clean because my baby will know and/or care”, however nesting is a very real, natural instinct to spring clean and tidy up your ‘nest’ ready for your newborn, just like birds do. And we’re not just talking running the hoover around a few times; you might find yourself wanting to scrub in between your bathroom tiles with an old toothbrush, clearing out your kitchen cupboards or cleaning your windows to within an inch of their lives, with vinegar (yep, been there, done that.) Of course not every woman has the urge to nest.  For some of us though,we start behaving irrationally and perhaps noticing things we’d never noticed before. I can’t think of anything worse than waking up to an untidy home or a kitchen sink full of washing up. I guess some of these instincts never leave you!

It’s not always about a heightened sense of smell— some of us can be congested instead.

You might be able to smell an old bin bag a mile off, but not all mama’s-to-be have the nose of a canine. Blood vessels in your nose can make your nasal passage swell, thanks to— yes, you guessed it— hormones, meaning you can feel congested with a stuffy or runny nose, when you don’t even have a cold. And you’re producing more mucuous, so your nose has that to contend with too. Deep joy. I’m not sure what’s worse! The smell of bin juice or feeling constantly bunged up for nine months?!

There’s loads more saliva in your mouth than usual.

Nobdody knows exactly why, but some women produce more saliva during pregnancy. If you’re suffering with nausea or morning sickness, it’s probably not helping either. It can leave a nasty taste in your mouth, that only brushing your teeth or chewing some gum can help. Thankfully if it’s going to effect you, it will only be in the early stages of pregnancy. Stock up on those mints!

You won’t realise how much you loved laying on your front, until it’s no longer an option.

During my first pregnancy, I missed all the things that (at the time) you weren’t advised to eat: peanut butter, pate, rare steak, smoked salmon, runny eggs… Mmm. Little did I realise though, the thing I’d miss the most was simply laying on my front at night. I can remember post-birth (and once I was no longer breastfeeding), it felt like a treat. The biggest dream. Even years down the line, the novelty hadn’t worn off! And I’m missing it this time too. I’m so bored of laying on my sides!

Pregnancy acne is a thing.

As if it wasn’t enough to be a hairy, drooling mess, you might be doing it with a few extra friends on your face too. Charming. Of course, it’s bloody hormones to blame again, isn’t it? Lots of ladies get hormonal breakouts, even before pregnancy. I was lucky enough to never have to deal with that though, so when I did start to break out along my jaw, that was actually my first clue that I may be pregnant, before even taking a test! They were horrible, painful, under the skin spots that never came to head and would lurk for a few weeks before going down and leaving a red scar for a few weeks more. Nice. 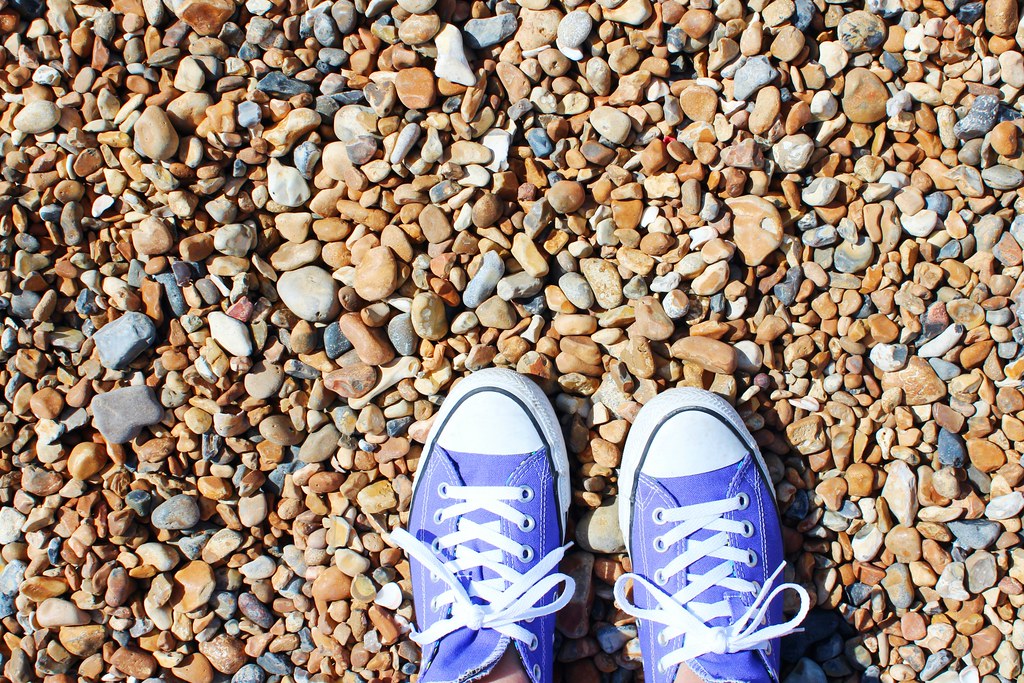 Your feet can go up a size— and not shrink again!

As someone with big feet, this was not something I wanted to hear about or experience in my first pregnancy! My feet did go up half a size though. I assumed that once the swelling had reduced and maybe I’d lost a bit of weight, I’d be back to where I started. But alas, no! Here I am, over 6 years later still with that extra half a size on my plates of meat, much to my dismay. As it turns out, it’s nothing much to do with swelling, it’s our good old friend hormones once again! This time, it’s the relaxin hormone which is meant to loosen the joints around your pelvis, so your baby can work it’s way down the birth canal. Guess what else it relaxes though? Yep, the bones in your feet, causing them to spread. Wtf?!

You’ll find yourself holding your bits when you sneeze, in case you wee.

Thought this would only happen post-birth, when quite frankly, your pelvic floor is probably shot to shit? Yeah, me too. As it turns out, that extra pressure that your little angel is putting on your bladder can cause a little, er, leakage if you do anything suddenly like sneeze or laugh.

Note to self: Must. Exercise. Pelvic. Floor.

Your morning sickness might be over, but motion sickness can be alive and kicking.

If you’re lucky, your morning sickness will have subsided by the beginning of the second trimester. In fact, if you’re really lucky you won’t have had it at all! I hadn’t been sick for weeks, when one day I rode in the back of my sisters car and found myself regurgitating my breakfast on the side of a busy road. It wasn’t my finest hour! If I’ve been in the back of a car since then, I just make sure there’s lots of fresh air and I’m sipping on water (not guzzling it down— big mistake, as I’ve learnt!)

It’s near impossible to move or sit down without making a noise.

Remember when you used to be able to sit down, get up or roll over in bed without holding your breath and grunting? No, me neither.

—
The female body is really amazing when you think about it. It can grow a human from a tiny cell into an actual baby and it has all these hacks along the way that help mother and baby; pigmented nipples so baby knows where to feed; a skull that isn’t fully formed so it can be birthed (phew); muscles that work together to push the baby out… it’s truly a miracle and if you are lucky enough to experience it, then treasure every moment. One day, believe it or not, you’ll miss those kicks in your ribs and having a constant companion wherever you go!

Baby and Toddler Essentials That We Couldn’t Live Without

Little B at 15 months

Welcome to the World, Little B

I’m Pregnant! The First Trimester (and Beyond!)