My Nanny Cherry passed when I was only around five years old, so it’s hard to differentiate between what I’ve been told, what I’ve seen in photos and what I truly remember of her. However, I’m almost certain her appearing from behind the beaded curtain that covered the entrance to her kitchen with pumpkin fritters, is one of my one and only true memories. I couldn’t tell you if it was a one-off thing or a regular occurrence, but I like to think making these sweet fried treats is something she’d do for my sister and me whenever we visited her, in her one-bedroom South London flat, with my dad.

She was born and raised in South Africa and my mum will still regularly make traditional curry dishes, for the whole family to eat; Bobotie, a curry with egg on top, is a firm favourite! I have a South African cookbook complete with handwritten notes and recipes from my Nan, that I took from my mum’s stash of recipe books when I moved out. Included in there, was of course, pumpkin fritters, which are traditionally eaten for breakfast or dessert in South Africa. 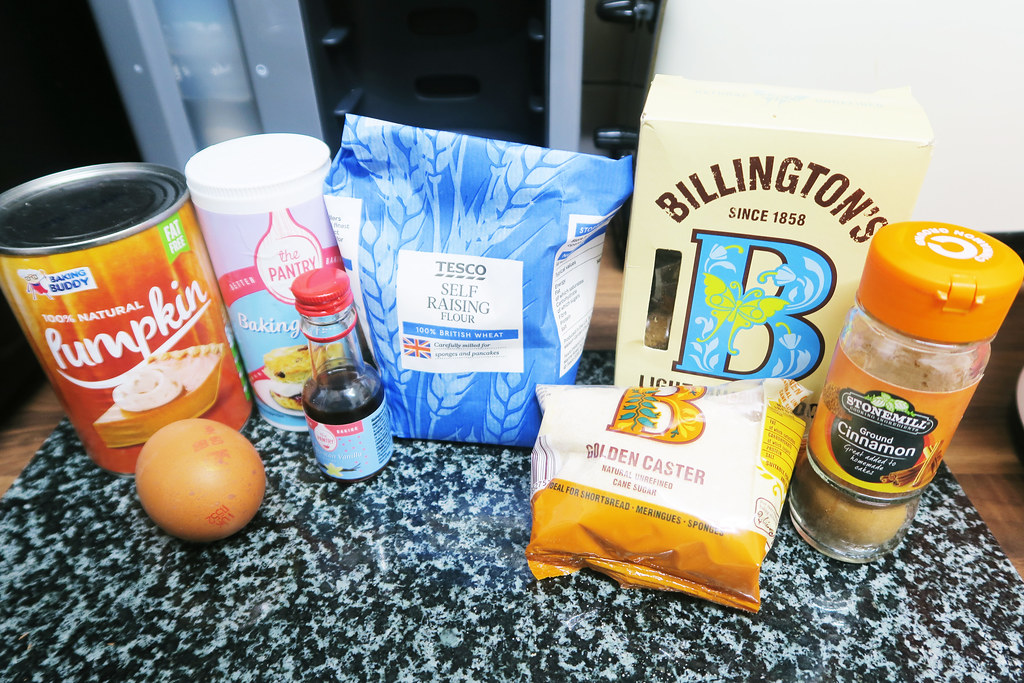 I made them for the first time a year ago and they were delicious. (So delicious in fact, that they were eaten shortly after they came out of the pan and before I could take a final photo, hence the lack of them here!) They’re also dangerously easy to make, which is exactly why I think I’ll only be making them as a seasonal treat! I love being able to make something that’s from my heritage and introduce them to the boys too.

Pumpkin fritters are something I think more people should try, so here’s an adaptation of the recipe that I can only assume my Nanny used, from her cookbook. I’m sure she probably would have used fresh pumpkin, but tinned pumpkin puree is much easier! You can add more or less sugar depending on your tastes and I think a sprinkling of ground ginger would be delicious too.

They’re best served fresh, but once cooked, they should keep in the fridge for a few days and can be reheated in the microwave.

I’d love to know if you make these or you’ve ever tried them before. I made them again this week and maybe it’s partly nostalgia, but I absolutely love them!

The Only Banana Cake Recipe You’ll Ever Need