The last half term holiday seems like a distant memory now. Quickly approaching though, is the Easter break; I can almost smell the chocolate Mini Egg Shredded Wheat nests! Mmm. The last school break was the first one since starting school in September, that I had the whole week off with B too. I knew we’d both want to get outside, have some adventures and visit some new places. I also knew that I didn’t want to go back to work feeling like I’d burnt the candles at both ends, having missed the opportunity for me to relax too.

And that’s the trouble with being a working parent. Unless you have a term-time only job, even the most generous of holiday allowances at work doesn’t cover all of the breaks that children have from school. I’ve come to terms with the fact that I’ll never take a ‘random’ week off of work anymore. It’s always going to be well thought out and planned around school holidays. I could take a week off during term-time. But that would be one less week with my son and that’s not something I want to give up.

The week leading up to half term, was spent brainstorming places we could go and things we could do. I wanted to get this fun and adventure vs. relaxing and chilling equilibrium, just right. I read my favourite parenting blogs for inspiration, Googled local places and made lists. Before I knew it, we had an abundance of places we could go to; city farms, soft plays centres, London parks, museums, attractions et al.

As it turns out, we didn’t use the list much. I realised that we didn’t have to spend money and go further afield to have fun; there was much more that we could do that was on our doorstep. It’s no secret that we don’t get to do much together Monday – Friday, as I don’t get to do the school pick-up. There’s lots of simple things we did over half term that many people would normally do during the week. Perhaps they may take those activities for granted, but for us, it was perfect. 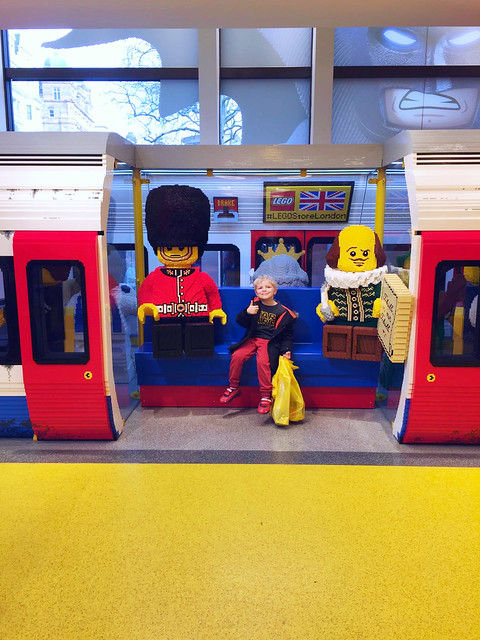 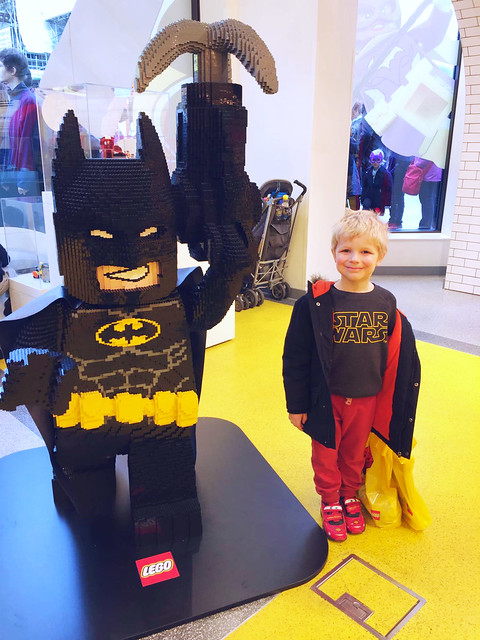 Joining the library. We read lots of books together at home. B will always get some for his birthday and Christmas. Now that he’s able to read, I thought it was time to strike while the iron’s hot and get him his own library card. He loves books and learning new things right now! It took a matter of minutes to sign-up. I can remember a librarian visiting our class when I was at primary school. She told us that libraries were one of the only things in the world that were free and that really stuck with me!

Leicester Square. After watching a documentary about the new Lego Store in Leicester Square a few months ago, we (my mum, my sister and I) thought it would be the perfect time to take B to explore it. As it turns out, so did lots of other families, as there was a queue to get in at 10:30am! Luckily it moved quickly and B spent most of his time looking at a crane that was working on a nearby building or being placated with food (parenting rule #no.1: always come armed with snacks.) B spotted the Nickelodeon Store and M&M World opposite, so no prizes for guessing where we went after lunch at Jamie’s Diner? We all spent too much money on M&M’s and marveled at just how many things you could get SpongeBob’s face on. Plates, bowls, bags, hats, onesies, t-shirts, purses, lunchboxes, water bottles, dressing gowns, straws…

The Cinema. A trip to the cinema is a half term must. We went to the first showing of the day to see the Lego Batman Movie. That meant it was only half full and those that were there had kids around the same age, so I didn’t feel guilty about B talking or rustling his popcorn! (And, surprisingly, I enjoyed the movie too!) 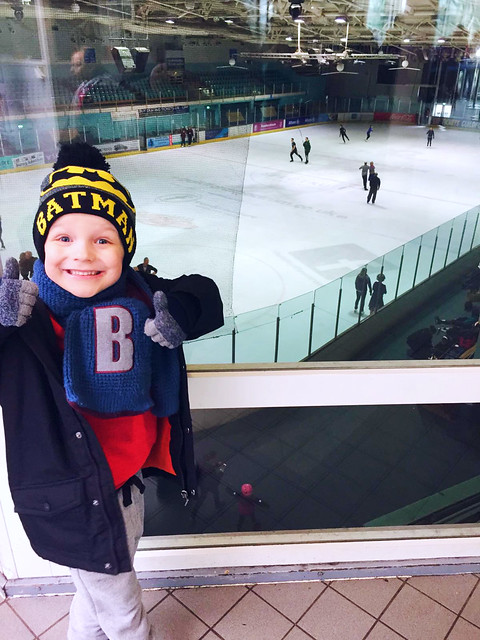 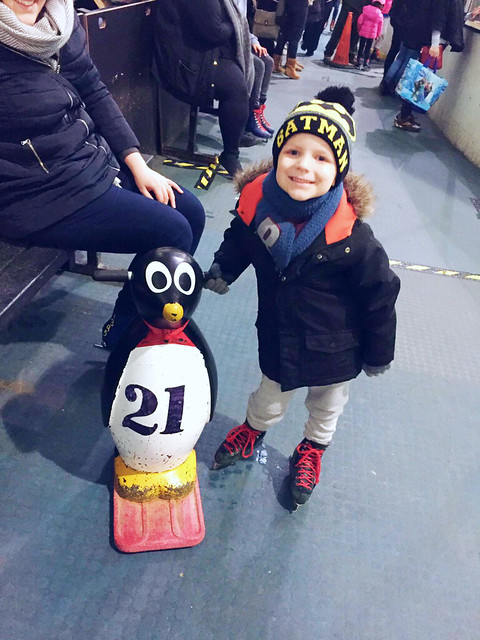 Ice Skating. For the last month or so, something (on Netflix, no doubt) has sparked an interest in ice-skating in my nearly five-year-old son. He has been wanting to go for weeks, so we finally booked tickets. B thought he’d be able to “just push, push, glide” but it was a lot trickier than he thought. We hired a penguin for half an hour though, which meant he could use it to steady himself, or I could whizz him around on it. We managed a few laps just holding hands after our time with the ice-skating aid was up. Much to my surprise (and fear for those little fingers!) he only fell a couple of times!

The rest of our week was filled with trips out for coffee, playing games at home and going out for lunch or visiting the park. Here’s to the next half term (and hoping I can achieve this balance again, like a boss!)

Waterfalls in Iceland (and Other Places to Explore Outdoors)

A Day Trip to Brighton